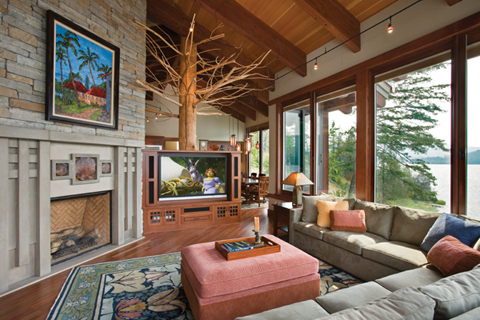 Once upon a time, long ago (in a faraway place) there was the Great Room. Architecturally immense, this centrally located gathering space existed in medieval castles, palaces, and villas throughout the “civilized” world, but not in your typical home. The great room concept did not become popular in the New World (USA) until the 20th century, beginning to trend in the 1950s and 1960s, gathering momentum in the 1970s and 80s, and becoming a common home feature by the 1990s.

Up until then a typical family home included a living room where somewhat sophisticated social gatherings, such as bridge games, cocktail parties, and prom photos took place. Possibly used as a romantic retreat as well, the living room was separated (with a door even!) from the home’s common areas such as the (messy) kitchen and (frumpy) family room, where household kids and their pals hung out in bathing suits or sweatpants (depending on the season), raiding the refrigerator, watching television, and eating popcorn … frequently all at once.

Log and timber homes reflect significant differences from the way in which living areas have typically been laid out in a conventional home. Sandy Bennett, owner of Virginia-based Blue Ridge Timberwrights, has been in the timber frame business for 35 years. In his opinion, timber frame homes have pretty much always eschewed the conventional home blueprint. “In a typical home here in the East, especially a Colonial-style home, you would enter through a front door: facing you was a corridor that led straight into the kitchen. The living room was on the left, the dining room on the right, and never the twain shall meet.“

Not so with the timber frames Blue Ridge has designed and built, and Bennett feels the same holds true for the log home industry. “Seldom, if ever, have we had separate living rooms, great rooms, and dens in our designs,” says Bennett. “The great room is the shining star of gathering places. It’s a natural for a timber frame home because it highlights rather than hides the structure, which results in that wide open, vaulted space. If there is an additional gathering room it will usually be on a different floor, like a walkout recreation or entertainment room, which could be considered today’s family room.” Perhaps a reading room or library will be located on the upper story, oftentimes in a loft area. 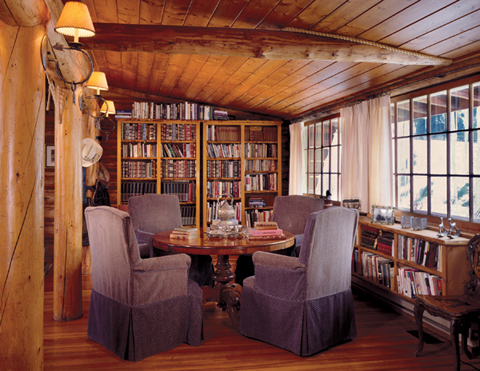 The great room concept is essentially based on a room design that satisfies the criteria of several rooms at once. Great rooms encompass conversation areas, entertainment areas, play areas, reading areas, and dining areas, and are almost always adjacent and open to the kitchen. It is a mega-multitasking room. It tends to take in views, often with a door system that accesses an outdoor living area such as a deck or patio. “Frequently,” says Bennett, “the kitchen and dining areas, or even a cozier den-like seating area, are included in the overall great room space, but with a one-story ceiling, rather than part of the vaulted space.”

With the green building movement becoming evermore popular one wonders if a vaulted great room, or high ceilings in general, are a waste of energy? Is there a trend toward downsizing the volume of empty, unusable space in log and timber frame great rooms? “I don’t think we are really seeing any change,” offers Bennett. “The mainstay of energy efficiency in our homes is the SIPs (structural insulated panels). They provide a really tight energy-efficient structure. Sure, you give up some efficiency with the glazing in large windows, but people realize that energy costs are quite low even with the vaulted great room feature. It’s that open, spacious feeling that draws people to this type of home.” 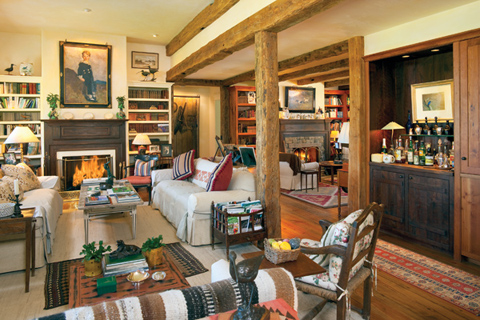 Bennett explains that the entire timber frame structure is inside the insulating envelope of SIPs. The wooden frame itself provides a load of thermal mass. It absorbs excess heat and moisture and radiates it back into the house as well, acting as an inherent climate control system. Log homes function in a somewhat similar fashion.

With all of its prestige and practicality, one great drawback of the great room (especially when filled with the crowd it is designed to host) is its potential for being noisy, even rowdy. Sandy Bennett says, “This is an important design consideration. A great room, or any room for that matter, is going to be noisy when filled with a crowd. The important thing is, everybody is going to be together, rather than separated or isolated in a number of different rooms.” He points out that versatility is the gift of a great room. “Different seating areas can be defined by furnishings, and it is a pretty simple matter to increase the size of a space by shifting the furnishings … much easier than moving solid walls!” 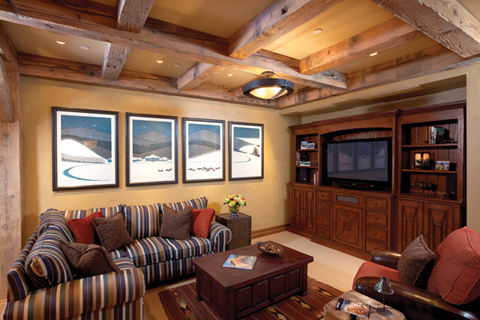 Bennett believes that smaller cubicles of separated rooms, which tend to get used a handful of times a year, lead to underutilization of a structure. Rather than a specific living room or den, the trend is multifunctioning rooms. “We replace the individual spaces with a walk-out basement recreation room, or a bonus room on the upper level. The great room becomes more of a living space for visiting. The kids or rowdy folks can head to the rec room. The quiet retreat, or den, can be on the upper level or tucked away in a back room, serving as an extra bedroom or study, again multitasking. Sometimes there are even his and her private spaces, such as a cigar lounge or a craft room; his and her dens, so to speak.”

Living rooms, great rooms, dens … who knows their future? Perhaps someday there will be an abrupt turnaround toward a living room that feels somewhat sacred and reserved for special occasions. It seems a sure bet that the open great room concept will remain a big part of home design. And the den, whether it is called study, library, or office, is a pretty irresistible home feature. Dens are where we go for peace and quiet, to curl up with a book and a cup of tea and Grandma’s hand-crocheted afghan … away from the madding great room crowd. 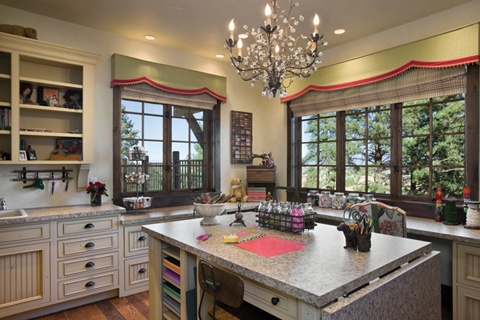 One thing is certain; we will cherish the memories created in each of these rooms, during crowded gatherings or peaceful alone time. Maybe we should just make room in our homes for one of each, after all …. just to be sure we’ve got it covered.